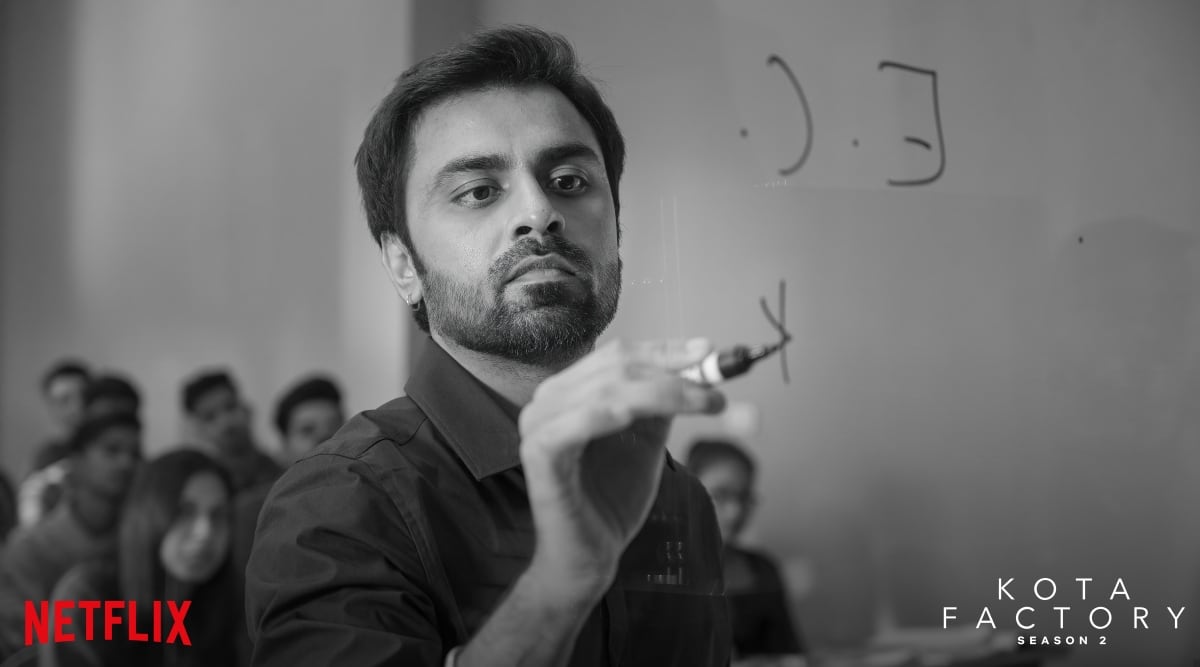 For actor Jitendra Kumar, Kota Factory’s Jeetu Bhaiya is a role that will be associated with him for years to come. The five-episode series first debuted on YouTube in 2019 and soon, Jitendra’s Jeetu Bhaiya was the mentor that every teenager wanted. Not just teenagers, he made grown-ups think about their problems a little differently, with a bit more wisdom. The character became a phenomenon and with the series’ return on Netflix with a second season, indianexpress.com had a chat with the actor behind the character as we tried to understand Jeetu Bhaiya’s appeal.

“Anyone who is stuck in a problem, he helps them out. I think that’s the main reason the character clicks with the audience,” said Jitendra. The Shubh Mangal Zyada Saavdhan actor shared that as people, “we need someone who can guide us, show us the way and that is what Jeetu Bhaiya’s character is all about”. In the show, he is a Physics teacher who is also plays a mentor to impressionable teenagers. They look up to him, not just for academics, but in trying to solve their life’s problems as well. “His philosophy, his dialogues, the way he conveys his emotions, it is quite well written. I feel that is a big reason as to why he clicks with so many people,” shared Jitendra Kumar.

The actor shared that he has grown up in an atmosphere where he always needed someone to push him and that’s how he met his own mentors. “I was always the kind who could not accomplish anything by my lonesome. I always needed someone who could show me the way, push me in the right direction. I think, I met a lot of people throughout my journey who became my Jeetu Bhaiya,” he shared.

Jitendra Kumar’s Jeetu Bhaiya is a friend, philosopher and guide for his teenage students. (Photo: Netflix)

Jitendra finds Kota Factory to be the kind of show that could inspire people and one can even take away a few learnings from it. For Jitendra, the biggest takeaway is – ask for help if you are stuck. “When we set a goal, of course, there will be hindrances, but we should not give up. If we can seek help, we should not hesitate in asking for it. Our ego might come in the way but we should look beyond it,” he shared.