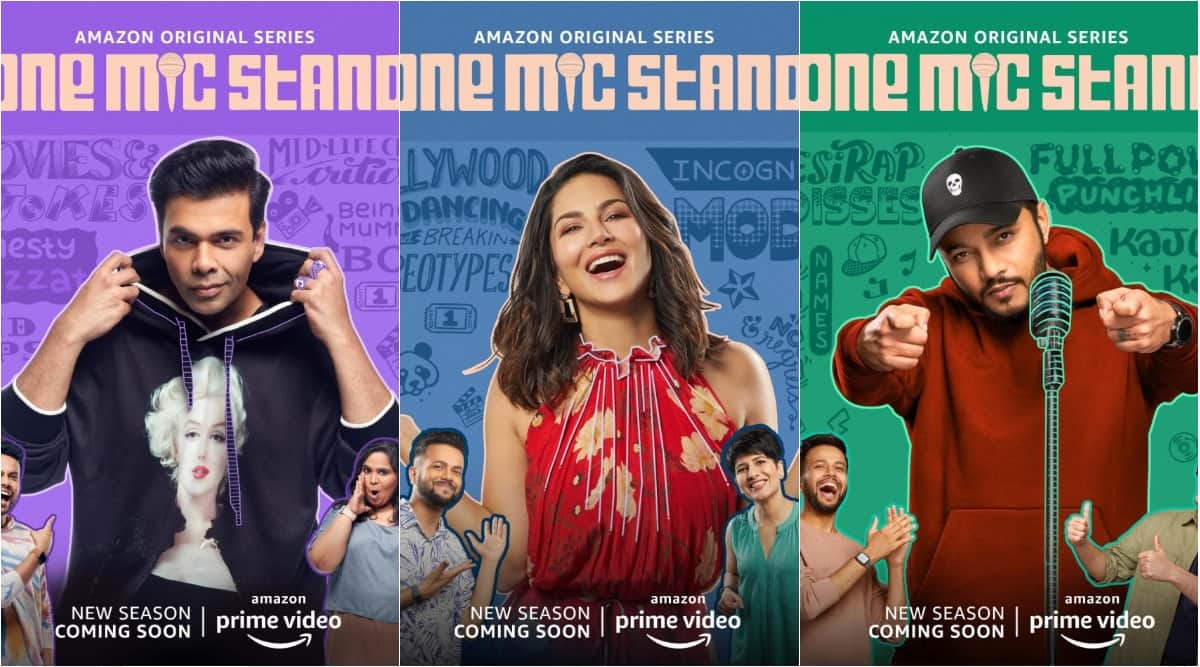 After getting the likes of Richa Chadha, Taapsee Pannu and Shashi Tharoor to debut as stand-up comedians, Amazon Prime Video is back with another exciting season of One Mic Stand. And this time, the stakes are higher as filmmaker Karan Johar, actor Sunny Leone, singer Raftaar, writer Chetan Bhagat and journalist Faye Dsouza will take up the challenge of tickling the funny bone of the audience.

Hosted by comedian Sapan Verma, One Mic Stand is an interesting take on stand-up shows as celebrities from different walks of life train and perform a comedy routine. Each of these debutants will be assigned a stand-up comedian who will mentor them for their performance.

Check out the posters of One Mic Stand 2:

Sunny Leone is known to be a funny person. (Photo: PR)

As readers would remember, apart from Taapsee Pannu, Richa Chadha and Shashi Tharoor, season 1 of One Mic Stand also featured Bhuvan Bam and Vishal Dadlani. The show was lauded by critics and the audience alike.

In her review of the show, indianexpress.com’s Sampada Sharma wrote, “Shashi Tharoor’s act on stage is sharp, sarcastic and perfectly displays his wit. He admits being under-prepared but more than makes up for it through his well-written set.”

One Mic Stand 2 is set to drop sometime next month.